Acceptability and usability of VAX-ID was assessed in 102 healthy volunteers aged 18 to 65 years old. To compare injection site and route of administration, subjects were allocated to 4 subgroups, either receiving subsequently 2 intradermal (ID) injections (one in the forearm and one in the deltoid) or an ID (forearm) and an intramuscular (IM) (deltoid) injection. All injections contained saline solution. 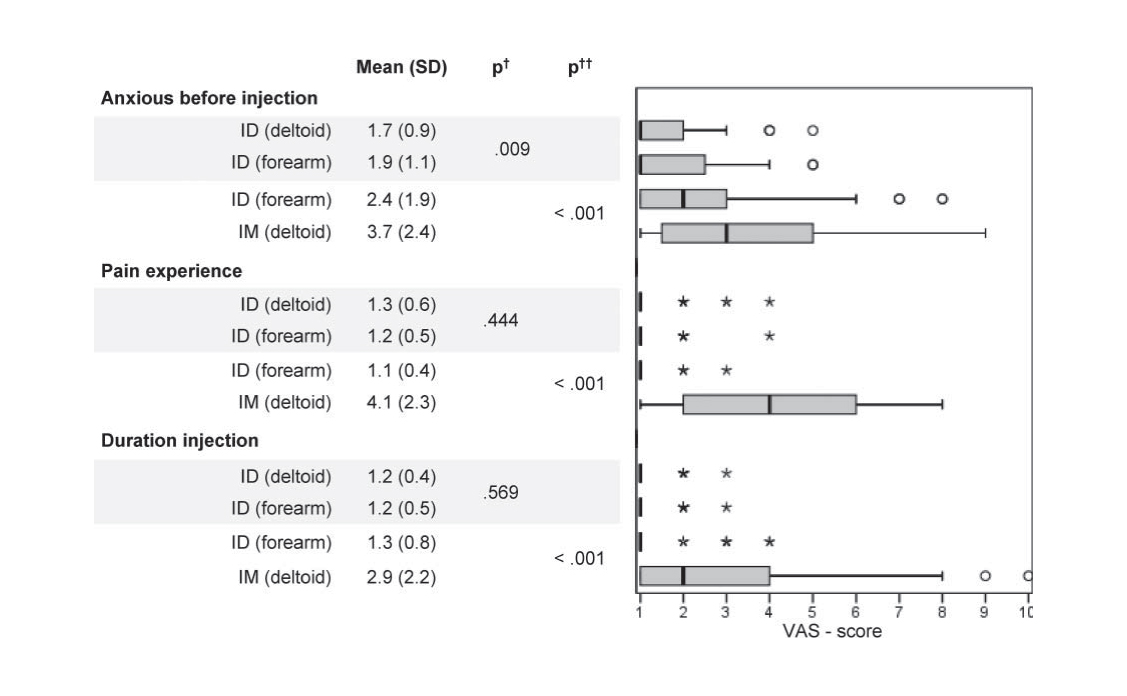