Since Dec 8, 2020 VAX-ID® has been spun out to a new corporate entity Idevax.

In September 2010, as part of a thesis project, Wouter Coemans (Product Development), a Master’s Student at The University of Antwerp, started working on the VAX-ID® (formerly named ‘Vaxintradermal’). VAX-ID® is an easy to use the platform of injection devices suited for highly accurate and painless drug delivery in the dermis, the skin layer underneath the epidermis or upper layer of the skin.

In 2009, Vanessa Vankerckhoven, CEO of Novosanis, was appointed as Innovation Manager at VAXINFECTIO, and bridged collaboration between VAXINFECTIO and the Department of Product Development (Artesis University College, now University of Antwerp). The idea for an intradermal vaccination device resulted from VAXINFECTIO’s key researchers who identified vaccine shortages during the pandemic H1N1 flu. Intradermal vaccination allows for smaller volumes while leading to an improved immune response. Given the need and potential of an intradermal device like VAX-ID®, Koen Beyers, CEO of Voxdale, a design and engineering company based in Antwerp and CTO of Novosanis, became Wouter Coemans’ industrial supervisor for the VAX-ID® project.

In 2011, a grant from the Belgian Industrial Research and Development (BiR&D) allowed for further development with three master students with different backgrounds: Ruben Camerlynck (Product Development), Charlotte Reypens (Applied Economics) and Timothi Van Mulder (Nursing and Obstetrics), who investigated the industrial design, usability and market potential of the device, respectively. All three of them were awarded by BiR&D. Vanessa Vankerckhoven was responsible for academic supervision and support for all students involved.

In March 2013, Novosanis was founded as a spin-off company from the University of Antwerp following the successful collaboration between the VAXINFECTIO and Product Development (formerly Artesis University College) and Voxdale (Design & Engineering company), under the leadership of Vanessa Vankerckhoven (CEO) and Koen Beyers (CTO). Novosanis was funded by a private investor Taste Invest next to subsidies from the Flemish Government and the European Commission.

Novosanis established its own quality management system ISO 13485 compliant, and performed verification and validation testing on the initial VAX-ID® prototype.

In 2019, Timothi Van Mulder completed his PhD (Baekeland) research focusing into VAX-ID as a drug delivery device for pediatric applications.

On December 8, 2020 VAX-ID® was spun-out of Novosanis to the new entity Idevax BV, which is an established medical device company, based in Antwerp, Belgium. The company was founded by Vanessa Vankerckhoven and Koen Beyers. Daniele S. Vasconcelos joined Idevax on September 1st, 2021 as a Quality Assurance, Regulatory and Clinical affairs Manager. Later, Momen Rbeihat joined the company on August 1st, 2022 as Scientific and Clinical affairs Manager.

Idevax develops, produces, and commercializes innovative medical devices that are being deployed in the field of prophylactic and therapeutic vaccination as well as allergy and dermatological applications. Our flagship product line is VAX-ID® suited for accurate and reliable intradermal injection. VAX-ID® is an award-winning, patented drug delivery device.

Currently, the newest generation of VAX-ID is in preparation for CE marking and large-scale manufacturing. 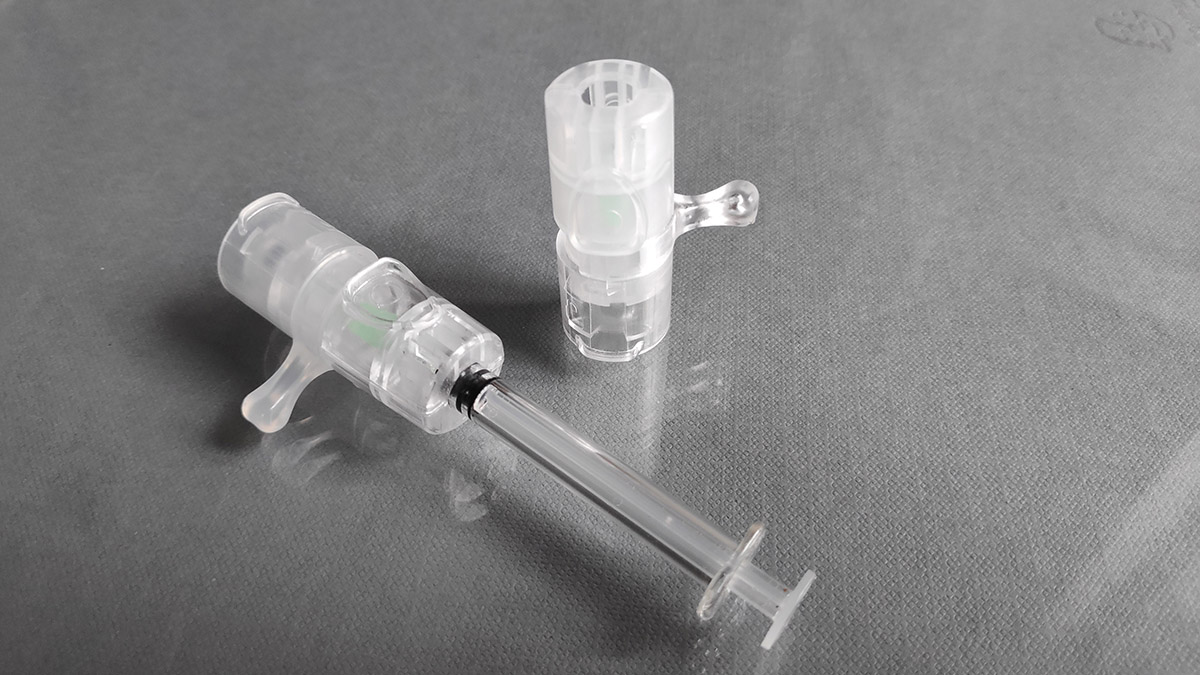